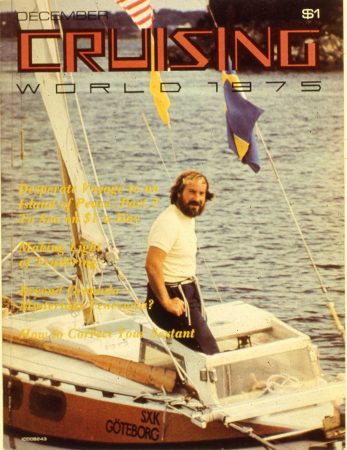 One day a man standing on the dock and presumingly admiring my boat seeing the Swedish flag asked in surprise “Did this little boat cross the Atlantic on her own keel”. I confirmed, adding “She did not take the shortest route” Then I told him a few of my adventures.
He told me he knew a person on a yachting magazine and the would surely like to have my story published and would pay top money.
Regrettably I had to admit that I had been a problem child and that writing was not my strong point.
To my surprise he told me that if I only wrote my story like a letter to my mother there was an editor that would take care of the writing. My teachers had made sure that the fact that there in the real world existed such thing as editors was a well kept secret. Cruising world like my writing and published it for twenty years. Now they are more into bigger well equipped boats.